GRENKE AG has invited KPMG, its existing auditors, to carry out a ‘special audit’ alongside a review by Warth & Klein Grant Thornton, in a response to allegations raised by a short-seller about the company’s franchise arrangements and SME business dealings.

Wolfgang Grenke, the founder of the German leasing business that bears his name, will temporarily give up his seat on the company’s supervisory board, the company said.

These announcements follow allegations by Viceroy Research, a US-based “investigative financial research group” of accounting fraud at Grenke, saying its franchising operations were “designed to either hide fake cash or siphon off millions of euros to undisclosed related parties, or both”.

Viceroy Research is a company involved in short-selling run by Fraser Perring.

Short-sellers typically borrow shares from a third party, sell them high and then hope to buy them back when the share price falls to make a profit. Since the report was released, Grenke AG has seen its share price tumble. 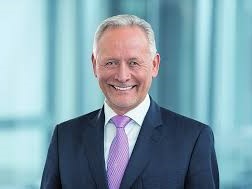 The Viceroy report has raised concerns about the role of the company’s founder (and deputy chairman) and Grenke’s franchise business model.

Grenke said its expansion into new markets abroad has so far been carried out via franchise companies, in which the controlling interest was held by “various financial investors”, such as CTP, a firm indirectly owned by Grenke founder Wolfgang Grenke.

After four to six years, the Grenke group would acquire the franchise.

In a statement, Grenke AG said it is “reviewing an integration of the franchise model into the Group” and that “an independent auditing company will be commissioned to examine the market conformity of the franchise acquisitions of the previous years and their advantageousness for Grenke AG”.

Antje Leminsky, chair of the board of directors of Grenke AG, said: “The accusations brought forward by the short seller, who benefits from the drop in the share price he triggered, are a slap in the face to our more than 1,700 employees, 40,000 resellers and our long-term shareholders.”

The Viceroy report said that over the years Grenke AG had bought various franchises without disclosing that insiders, including founder Wolfgang Grenke, already controlled those franchises and stood to profit from the transaction.

In response, Grenke AG said that, until January, Wolfgang Grenke did not own or have a say over any of the shares of the vehicle that controlled the franchises, and he received no payments.

Viceroy Research also accused Grenke AG of accounting fraud. Viceroy alleged that a large part of Grenke’s €1.08bn (£1bn) cash balance was fictitious and that the company was another Wirecard, a reference to the German payments company that became part of an expose by the Financial Times recently.

In a statement, Grenke said: “This allegation – one of Viceroy’s central accusations – is entirely fictitious. A total of €849m, which is almost 80% of the cash and cash equivalents, was held in Deutsche Bundesbank accounts on 30 June 2020 – as published in the half-year financial report. As already reported, the balance at the Bundesbank amounted to €761m on 15 September 2020. The difference of around 20% is held primarily in accounts at major German banks.”

On 24 September, Grenke AG said it had asked Warth & Klein Grant Thornton to conduct an independent audit. “The reason behind this mandate is the review of takeovers of franchise companies by an independent auditor that was announced on September 21. The audit will cover, among others, the market conformity of the valuations, the advantageousness for Grenke AG and the validation of the purchase agreements concluded, including the parties involved,” the company said in a statement.

Leasing Life understands these two audits will be complementary.

Viceroy Research also accused Grenke of predatory practices against small businesses: “Grenke’s leasing business is entirely dependent on its relationship with resellers, who onboard end-customers onto a Grenke lease. This program has run wild with rampant international frauds and Ponzi schemes facilitated through Grenke finance leases.”

The report cited examples of photocopier, television and computer leasing in the UK.

Grenke AG said: “The Viceroy report also discredits Grenke’s business model, citing among others the, in its view, implausible increase in the number of copiers and printers in the leasing portfolio and an average price for printers and copiers that is allegedly too high.

“The report also denounces the alleged lack of control mechanisms in the selection of resellers. As evidence, the report cites the review of a lease request within 20 minutes.

“These accusations are also unfounded: The Company leases what customers need. Generally speaking, these are new technologies.

“The relative share of printers and copiers in the leasing portfolio has fallen from 31% to around 18% in the period from 2012 to 2019. The absolute increase in the number of machines essentially reflects the growth of the Company.

“The absolute amounts quoted by Viceroy Research for printers, for example, do not relate to the price of individual devices, but instead to the average volume of individual contracts, which regularly cover several devices.

In one UK example, reporting on the Viceroy Research allegations, the Times said: “Viewble Media UK, a now-bust reseller, is accused of leasing screens to companies for £299 a month for three years, with a total sum payable of almost £11,000.

“Businesses say they were told that as well as benefiting from advertising, the deal was cost-neutral as a second associated company, Shoppers Network UK, would rent the screen for advertising purposes and would pay the shop owner £299 a month.

“Business owners say the payments stopped soon after the screen was installed, leaving them liable for the full cost of the contract, which ultimately was owned by Grenke.”

The claims have been strongly denied previously by the advertising firms and the lenders.

Grenke AG declined an invitation for an interview from Leasing Life.

Grenke UK was launched in 2002 in Guildford, Surrey.

Grenke operates in 32 countries, has more than 40,000 retail partners worldwide and employs more than 1,700 staff.

Wolfgang Grenke to retire after 40 years in the leasing industry