Malaysia Airlines may have to fold if lessors fail to endorse the firm’s latest restructuring plan, according to chief executive – Izham Ismail – of the Malaysia Aviation Group (MAG), the holding company for the airline.

The latest plan, which will see a restructuring Malaysia Airline’s balance sheet over the next five years, has received a mixed response from creditors, including banks, aircraft maintenance service providers and aircraft lessors.

The Edge Weekly (a Malaysian and Singaporean business publication) reported today that sources say the airline is “requesting that lessors accept a 50% to 70% haircut on aircraft rentals as part of a restructuring plan to rebuild its balance sheet and hopes to get their buy-in by this week”.

According to a Reuters report, Malaysia Airlines has a fleet of 88 planes and leases aircraft from about a dozen leasing companies, including Avolon, Aercap, BBAM, Air Lease and Standard Chartered’s leasing arm.

MAG said it hopes to break even by 2023, on the assumption that demand in the domestic and Southeast Asian markets returns to 2019 levels by the second and third quarters of 2022.

The airline’s shareholder, state fund Khazanah Nasional, is also expected to provide a cash lifeline to support the firm over the next 18 months.

However, MAG had previously warned lessors that Khazanah would cease funding, and force the airline into liquidation if restructuring failed.

In an interview with The Edge Weekly last week, Ismail, a former pilot for Malaysia Airlines, said: “There are creditors who have agreed already. There are others still resisting, and another group still need 50:50”.

The firm would have “no choice but to shut down” unless a sizeable group of leasing firms agreed to back the plan. Ismail said: “I need to get the 50:50 ones (on board) with those who have agreed”.

Izham disclosed that a final decision was to be made by 11 October so the airline could decide whether to “execute Plan B”. However, that deadline has come and gone with no update, so far, on how that decision, if any, played out.

Plan B would involve the transfer of the air operators certificate (AOC) to a new airline operating under a new name, or alternatively, through leveraging the AOCs of sister airlines – Firefly and MASwings.

The lessors push back

According to a letter sent from law firm Clifford Chance, lessors reportedly representing 70% of the aircraft and engines leased to MAG criticised the plan as “inappropriate and fatally flawed”.

Dated 8 October, the letter outlined that if the airline group insisted on proceeding with the planned restructuring, “our clients will use all means at their disposal to challenge it on all possible grounds.”

In an email to Reuters, MAG said: “MAG reiterates that the spirit of its restructuring plan is not intended to create unnecessary pain among its creditors but is done in good faith to drive for the long-term survivability of MAG and its dependent value chain of partners,”.

The firm, which was founded in 1937, has been in dire straits for the majority of the last decade. After struggling to cope with rising fuel costs, the airline then saw its annual profits take numerous hits with missing flight MH370, the crash of MH17 in eastern Ukraine, multiple chief executive resignations and now, the global pandemic.

The firm saw record-breaking losses in 2011 and then, in 2015, former chief executive Christopher Mueller announced the firm’s decision to cut 6,000 jobs – almost a third of their workforce. Justifying the decision, Mueller revealed that Malaysia Airlines was “technically bankrupt”. 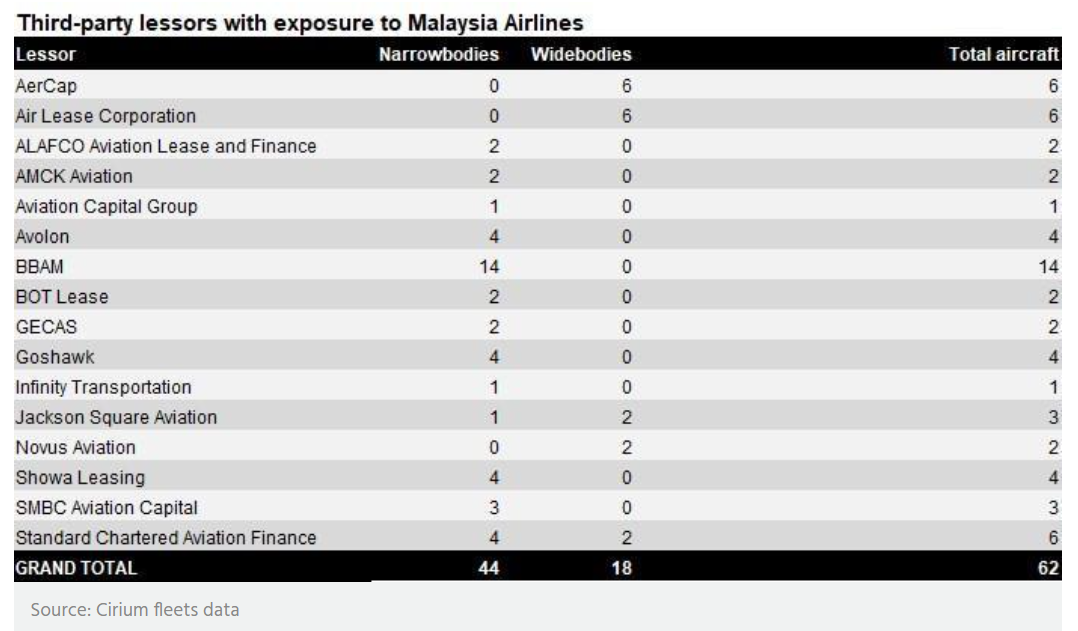