In association with Alfa 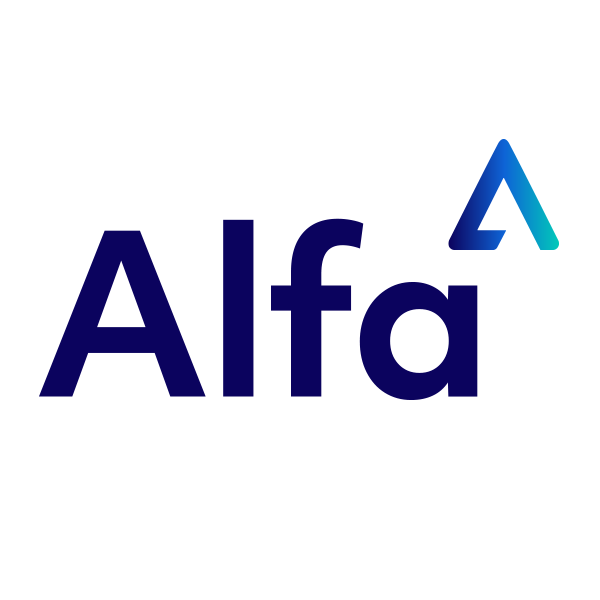 A seismic shift is set to take place across financial markets at the end of 2021.

Asset financers use cutting-edge software systems to find opportunities for their clients. Updating and transforming these systems is daunting: it means grappling with legacy software, disrupting data flows and pulling diverse teams together to get the job done. Maintaining and futureproofing integrations between systems and the data they hold should be a priority in any rebuild. But amid the tumult of a major upgrade, some can fall through the cracks. Project managers must prioritise. Not everything can – or should – be done at once. They need to put the most valuable, most scalable integrations at the top of the re-implementation list. In this whitepaper, Alfa provide a comprehensive guide on how to get a software transformation right – and why choosing the right partner is essential.
by Alfa
Thank you.Please check your email to download the Whitepaper.

The London Interbank Offered Rate (LIBOR), the current benchmark for more than $350 trillion in financial contracts, is to be phased out in favour of the new system of risk-free rates (RFRs).

Regulators have been pushing for its replacement since the 2012 LIBOR scandal, a highly publicised scheme in which bankers at several major financial institutions colluded to manipulate rates.

While checks and balance have been put in place to prevent price-fixing in the years since the scandal, meaning its replacement was never guaranteed, the underlying market from which LIBOR is derived is no longer sufficiently liquid to be a reliable benchmark. The UK’s Financial Conduct Authority (FCA) says it no longer complies with globally accepted principles for interest rate benchmarks.

At last, in November, an announcement from the FCA finally called time on LIBOR. Businesses will now need to move to introduce new methods for pricing their loans. We spoke to Joseph MacFarlane, senior architect at leasing software company Alfa, about the switch from LIBOR to RFRs, the wider impact on the leasing market, and what Alfa is doing to help its clients.

Why switch from LIBOR to RFRs?

MacFarlane explains that LIBOR remains attractive to many businesses because of the certainty it provides over a fixed period. However, a major drawback is that despite reform, it is still based on submissions from a panel of banks concerning a market that can become very illiquid at times. When there is insufficient transaction data, estimates are used rather than actual transactions. This brings in human factors.

“Another downside is that if you start a contract right before some event that causes interest rates to plummet or shoot up, you are locked in at that rate for three months or more,” MacFarlane says. “Essentially, you might end up paying more to lend the same amount of money.”

Overnight rates respond immediately to changes in the market and so MacFarlane says there is very little perceived credit risk or term premium associated with RFRs. The underlying volume of transactions is also now far higher than for LIBOR, making RFRs more likely to generate fair rates as the need for human estimation is reduced and thus so is the potential for manipulation.

RFRs include SONIA (Sterling Overnight Index Average), SOFR (Secured Overnight Financing Rate, US) and €STR (Euro Short-Term Rate). Financial institutions that do not update their systems in time can also look to switch from LIBOR to base rates, fixed rates or simpler models for risk-free rates that use existing features. Each has its own downside.

How will it impact the leasing market?

At the moment, business written on market rates will vary from bank to bank, but most will have a significant volume of legacy LIBOR business, and will likely now be issuing a mixture of LIBOR and RFR contracts (with levels depending on systems readiness).

Banks will use multiple RFR approaches rather than restricting themselves to one style of RFR. This will vary depending on customer size and sophistication as well as specific funding arrangements for high value contracts.

“Once banks are confident about their support for RFRs, that’s the kind of business they’ll want to issue, to minimise the migration from LIBOR that has to happen by the end of 2021. Regulators want as much of the market as possible on the truest approaches (i.e. the compounding calculations that exactly mirror the underlying transactions), to realise the benefits of the shift from LIBOR. But the largest customers are so large that their business represents the bulk of the market, so using simpler approaches for small customers – such as term rates or a simple average of daily values – won’t cause much of an issue, and may be a lot easier for them to understand.”

A major challenge will be communicating the change to customers. “Banks will continue to have a stream of incoming business on LIBOR, and the question is, what should I tell customers? Is a customer who signed a LIBOR deal last month going to be happy about a risk-free rate deal next month?

“The benefit of LIBOR is that customers know their interest rate for the next three months and they can plan for that. With RFRs, it’ll go up and down. You can attempt to predict where the market is going right now, but you won’t know the exact amount of money you’re going to pay. The question is, are customers going to be happy taking on that kind of risk themselves?”

MacFarlane says some banks are waiting to see how the market will react to risk-free rate business before they start implementing a solution for customers. They may explore the expansion of their fixed-rate product range to meet customer demands for stability.

When asked whether the market is prepared for the switch to RFRs, MacFarlane admits the situation is variable: “Businesses issuing a lot of LIBOR deals are very aware that they need to respond to the change. The more consumer-focussed finance providers are less concerned because they’ll often prefer fixed rates or internal base rates in the contract anyway. As you get towards the big-ticket end of the market, there’s a lot more understanding and awareness of the issue.

“A major problem for the market is migrating existing LIBOR business to a new benchmark. Some contracts may precede the LIBOR scandal or extend into 2030 for high-value items. You have to go back to the customer and agree on how you think you can transition. That, in turn, involves trying to model how much credit risk was baked into the LIBOR, or understanding what you now need to split out and charge the customer for when you switch.”

What does it mean for Alfa and its customers?

As a leading provider of software that supports asset finance companies in a range of sectors, from auto to equipment to wholesale finance, the reform of LIBOR is a significant challenge

for Alfa. Many of its clients have long-term contracts and the impact of the transition isn’t yet clear. The firm is taking a modular approach to its product development, so that it covers every possible outcome of the switch.

“We started work on a minimum viable product [MVP] in early 2020, focused on the product types most immediately affected by SONIA and SOFR. This shipped in September, but work has continued as requirements became clearer and as we brought in remaining product types,” says MacFarlane. “We’ve been working with our customers to understand their requirements and build out detailed examples of how we think these RFR calculations should work. We’re confident that we’re taking the right approach based on how closely we’re working with our customers.”

MacFarlane says the transition from forward-looking term rates to RFRs presents several challenges. Those in leasing will need to adapt to how they conduct interest calculations, how they notify customers and finally how they make compound interest and credit adjustments. All of these features are included in Alfa’s existing software for the product types mentioned above, and by the end of the year they will be rolled out to remaining product types to meet similar requirements across the globe.

“Our products support the different rates coming to replace LIBOR,” he says. “There are minor differences between jurisdictions, like the values chosen for certain constants in the calculations – such as number of days per year. There are also different rules for looking back to earlier rates in order to issue interest invoices with a longer notice period.

“There’s a lot of complexity to our products, but we’ve already taken advantage of the MVP to refresh one of the older and more stable areas of Alfa. As we roll out support for RFRs to our newer floating-rate products, we’re unlocking further over-arching architectural improvements.”

Asset financers use cutting-edge software systems to find opportunities for their clients. Updating and transforming these systems is daunting: it means grappling with legacy software, disrupting data flows and pulling diverse teams together to get the job done. Maintaining and futureproofing integrations between systems and the data they hold should be a priority in any rebuild. But amid the tumult of a major upgrade, some can fall through the cracks. Project managers must prioritise. Not everything can – or should – be done at once. They need to put the most valuable, most scalable integrations at the top of the re-implementation list. In this whitepaper, Alfa provide a comprehensive guide on how to get a software transformation right – and why choosing the right partner is essential.
by Alfa
Thank you.Please check your email to download the Whitepaper.
Topics in this article: sponsored