Richard O’Halloran, an Irish leasing executive who was banned from leaving China for three years over a Finnair aircraft dispute, is back in Dublin with his family. The Irish Foreign Affairs Minister Simon Coveney said arranging his return had taken “many months of work.”

O’Halloran travelled to Shanghai in February 2019 as a director at CALS Ireland (China International Aviation Leasing Service) to resolve a commercial matter but was prevented from leaving the country by the Chinese authorities and was never charged with an offence. 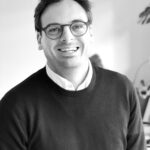 Although a long time coming, Richard O’Halloran’s release a victory for China-Irish-EU diplomacy but also a victory for those willing to speak out publically in support of O’Halloran and his family, which unfortunately did not include significant figures in the aircraft leasing community. When Leasing Life was investigating this matter during 2021 our research and attempts to contact aircraft leasing executives to go on record about what was happening with O’Halloran were met with silence and “no comment”.

Our report from December 2021