Renault, haemorrhaging sales in multiple markets, has posted positive LCV sales in its home market of France for August. 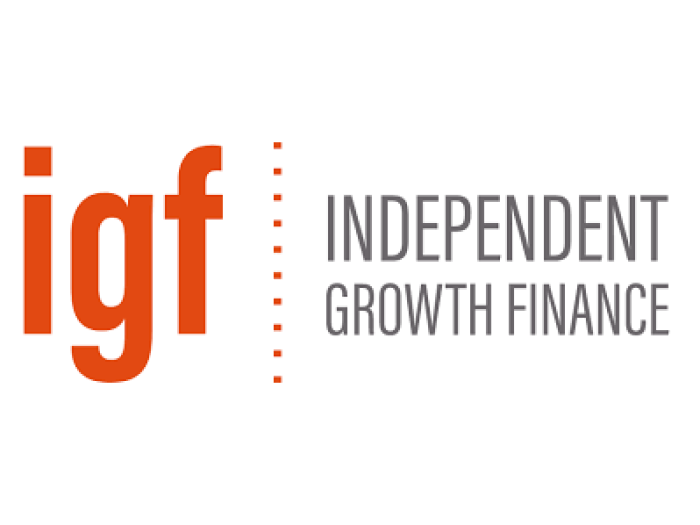 Despite the French LCV market contracting 5.8%, Renault group LCV sales during the month dropped 1.3% year-on-year to 5,378 units and therefore gained 1.5ppts in market share, rising to 31.8%. Renault brand LCV sales were down 2.7% to 5,492, seeing market share rise by a single percentage point to 30.5%.

Bernard Cambier, Renault’s senior vice-president for the market area of France, said the group was "on track with our market plan, buoyed by the success of our new Renault and Dacia models".

High-end passenger car marques McLaren and Bentley have both increased their presence in the Nordic markets with new showrooms in Stockholm.

Bentley already runs an aftersales, service and pre-owned centre in Malmö, but McLaren Stockholm, run by importer and retailer Autoropa, will be the sports car brand’s first forecourt in Scandinavia.

David Brimson, automotive regional director for Europe at McLaren, said: "We are very pleased to officially open McLaren Stockholm, and give the opportunity to customers in the Nordic countries to experience our products and discover the brand’s philosophy. Autoropa is the obvious partner with its excellent knowledge of the market but also its target to deliver the highest service to customers."

Nissan has attributed the popularity of its all-electric Leaf model as a frontline emergency support vehicle to its reduced emissions and running costs.

Jean-Pierre Diernaz, Nissan’s director of electric vehicles in Europe, said the Leaf’s "serious contribution to a bottom line" was as important as potential environmental benefits the model offered.

The Leaf is currently in use by law enforcement teams, medics and firefighters across Portugal, France, the UK and Switzerland, in fleets ranging from two to 30 vehicles.

Total commercial vehicle registrations in the UK were up 14.8% year-on-year in August to 13,451 units, and up 7.0% year-to-date with 190,159 registrations, according to the Society of Motor Manufacturers and Traders (SMMT).

According to the figures, the Ford Transit has become the UK’s third best-selling vehicle as Ford Commercial Vehicles posted a year-to-date rise in registrations of 5.7% to 44,823, jumping 0.2ppts to a 22.1% market share.

Kwik Fit Plus rolls out in South East

Kwik Fit has unveiled the first of its Kwik Fit Plus centres, in Slough, with an aim to boost its fleet servicing market share.

The auto-repair company hopes to have installed five-tonne axle stands and Class 7 MoT bays at 17 centres across the south east of England by the end of 2013, allowing it to cater for "every conceivable LCV."

As part of parent company Itochu’s £2.5m investment in Kwik Fit, which currently accounts for around 7% of the UK’s fleet tyre market but only around 0.5% of the fleet service market, Plus centres are also being separated into ‘fast’ and ‘slow’ fit areas; the latter will include an Automotive Technician Accreditation-recognised Master Technician.

Peter Lambert, fleet director for Kwik Fit, said the company was opening the centres in the South East to "give a significant number of fleets" an opportunity to test the concept.

"Kwik Fit is already the largest provider of fast-fit and related services to the UK company car market and we anticipate that the investment that we have made and will continue to make in centres, staff and equipment to cater for the LCV market will further increase our share of the corporate sector."

Fleet Alliance has signed a contract with Care Management Group (CMG) to manage its fleet of 140 vehicles.

CMG said it made the switch of contract hire supplier because of the improved rental payment profile offered. Fleet Alliance’s contract requirements will include reducing operating costs, providing short-term hire, and administering a competitive tendering solution from a panel of preferred leasing suppliers.

The fleet is split between 112 company cars, many of which are run on a solus badged arrangement with Citroën UK, and 28 minibuses.

Das WeltAuto, the retail scheme for second-hand trade motors in the UK run by Volkswagen Commercial Vehicles, will include finance options for customers.

The scheme aims to make customer options – from insurance to tech specs – as flexible as possible and, whether VW or not, second-hand commercial vehicles with less than 100,000 miles on the clock will be made available with hire purchase, lease purchase, finance lease or service plan options.

Andy Waite, head of sales for VW Commercial Vehicles in the UK, said: "The launch of Das WeltAuto is part of our commitment to develop long-term partnerships with our customers, enabling our dedicated Van Centre network to sell used vehicles customers can trust."

The British Vehicle Rental & Leasing Association (BVRLA) has said it is "disappointed" the role of the rental and leasing sector has not been more clearly highlighted in the ultra-low emission vehicle strategy published by the government’s Office for Low Emission Vehicles (OLEV).

Gerry Keaney, the BVRLA chief executive, welcomed the study, titled Driving the future today, and said OLEV had rightly highlighted the "urgent need" to secure regulatory and fiscal measures to give potential users of ultra-low emission vehicles a clear indication of what to expect in future.

He said: "This has been the Achilles heel of the government’s ultra-low emission strategy so far and it is vital that OLEV and HMRC consult widely with industry to come up with a long-term, workable tax and incentive regime."

"Rental and leasing companies buy nearly half of all cars and vans registered each year and run the lowest emission vehicles on UK roads. As bulk purchasers, they are uniquely positioned to be able to work proactively with government policymakers in helping them deliver their green agenda.

The report, available on the UK government website, acknowledges the influence of the fleet market on vehicle purchasing decisions and says it will have "a crucial role" in helping to drive ultra-low emissions vehicle sales and adds the Government is keen to work closely with the sector. However, the report includes no specific support plans.

Hitachi Capital Car Solutions (HCCS) will be represented at the 2013 Employee Benefits Live show at the Olympia, London, 25-26 September. A team of Hitachi Capital employees will be there to discuss car salary sacrifice and grey fleet solutions with visitors. The event is the largest dedicated rewards and benefits exhibition in Europe.

Robert Wastell, divisional managing director, explained the company’s presence at the event would help promote its fleet funding and fleet management capabilities. It will also allow HCCS to demonstrate its recent mobile and technological advances, including its grey fleet smartphone application, which prompts drives to enter journey information, such as mileage, into a database which can then be interrogated by employers.

HCCS estimates it has 6,400 drivers in its salary sacrifice schemes, with an average 8-10% take-up in the UK.