Major European banks are likely to report stronger earnings in the first quarter of 2021 than in the previous quarter, confirming a gradual recovery after the economic shock from the pandemic, Fitch Ratings said in a new report.

Fitch said it expects the average earnings of the 20 large European banks covered in its Quarterly Credit Tracker to improve despite pressure on net interest margins from low-interest rates and large deposit inflows, while revenue from investment banking and capital markets activities should stay above pre-pandemic levels.

Loan impairment charges (LICs) could decline in 2021 after significant front-loading of provisions last year, provided the economic recovery does not falter due to further waves of coronavirus infection and associated restrictions, the rating agency said.

In a report, the group said that the banks’ aggregated LICs more than doubled in 2020, mainly due to provisioning in anticipation of weaker asset quality. Asset quality has been resilient, helped by fiscal support to borrowers, state-guaranteed loans and debt moratoria, but we expect impaired loans to increase in 2021 as support measures are phased out. 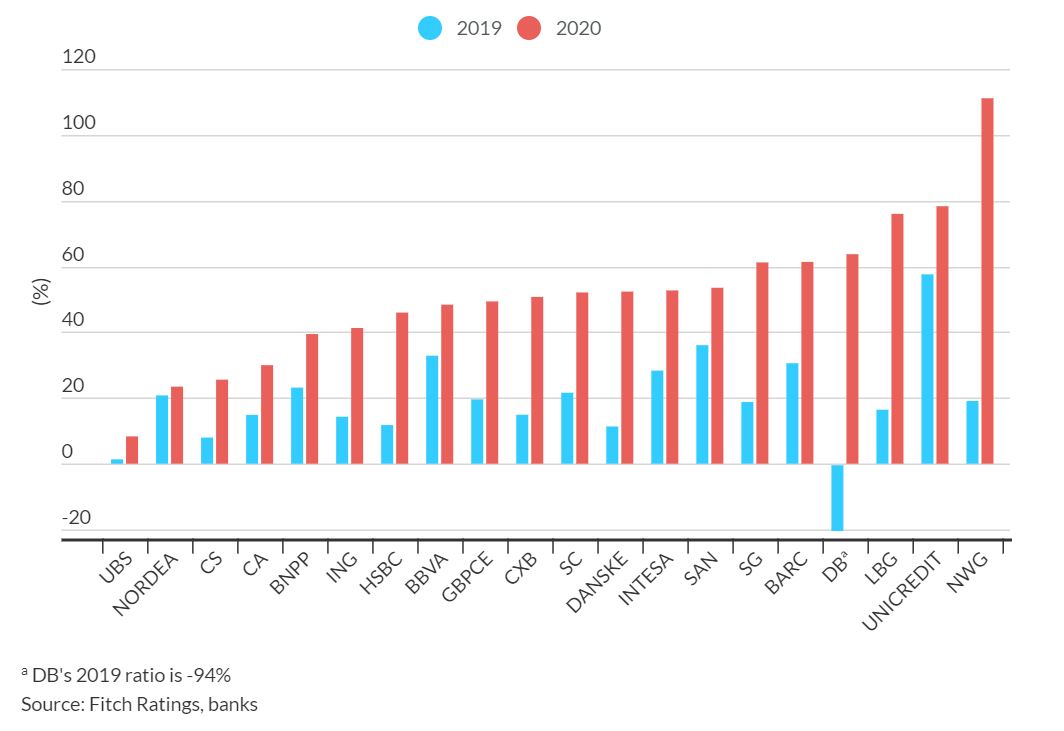 Nevertheless, the banks’ capital buffers should mostly be sufficient to absorb the likely asset-quality deterioration.

The banks had a mixed performance in 4Q 2020. Renewed lockdowns, margin pressure, high LICs and restructuring charges affected some banks’ results more than in the previous quarter, particularly in retail banking.

Of the 20 banks, 13 are on a ‘negative outlook’, signalling continued risks to ratings in the medium term. Six are on ‘stable outlook’, and one, Deutsche Bank, is on ‘positive outlook’, which reflects progress with its restructuring plan, the rating agency said.

In March 2020, Fitch reported that Ireland’s two largest banks’ – both significant providers of asset finance – will see an increase in their non-performing loans in the coming quarters as support measures during the pandemic come to an end. However, the rating agency expects asset quality deterioration to be much less severe than in the aftermath of the 2008 financial crisis.