A boom in renewable energy has created a potentially lucrative market for leasing companies, as recent deals have shown, but regulatory uncertainty could slow growth.

Investment in renewable energy, which includes wind, solar and geothermal (heat from the earth) – increased sharply in 2010, helped by government stimulus packages and spending by emerging economies including China.

In Europe, much of the growth has been in solar energy.

Earlier in July, one of Italy’s largest solar power plants has begun operations in a project managed by Deutsche Bank’s asset finance business. 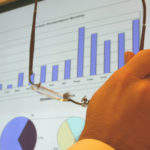 As well as managing the £40 million (€45 million) project, Deutsche Bank arranged equity and debt financing for the power plant. The project was financed by Unicredit Leasing.

GE Energy Financial Services, which is based in California, manages projects and provides leasing finance for renewable energy projects worldwide.

The business, which has $21 billion (€14.7 billion) in assets and is part of General Electric, the US conglomerate, has equity investments in renewable energy projects that can produce 23 gigawatts – equivalent to the generating capacity of the Netherlands.

In Europe, GE Energy Financial Services owns a $75 million (€52.5 billion) solar power plant in Portugal, which it also financed. When the deal was announced in 2006 GE said that it would be the world’s largest solar photovoltaic power project.

In the UK, the government has said that it wants 15% of its energy to come from renewable sources by 2020 and introduced a subsidy — the feed-in tariff (FIT) renewable energy scheme. The FIT is paid to homeowners and businesses that generate their own electricity through small-scale green energy installations.

The government is reviewing the FIT. Possible changes, are due to be announced in April next year, but could be brought forward to this year if there is a higher-than expected uptake of the FIT.

Uncertainty over the future of the FIT makes it hard for leasing companies to plan investment in renewable energy and estimate profit margins.

At a conference in May hosted by Finance & Leasing Association asset finance concerns said that a lack of widely-accepted information on renewable energy assets made it hard to do business in the sector.

“It is absolutely critical that there is confidence around what we are originating in terms of assets and cash flows,” Alastair Tyler, global head of strategic asset finance at Barclays Corporate, said in May at the FLA conference. “If there is any obfuscation, then investors will run scared.”

Of this total investment, more than half ($128 billion, €89.7 billion) came from asset finance — up about 20% from the previous year — says a report from the United Nations Environment Programme and Bloomberg New Energy Finance, published last week.

Asset finance of large “utility-scale” renewable energy projects is typically done in two ways. The first is balance-sheet financing, whereby developers use their own resources to fund a project; often after raising bond finance for the corporate entity.

The second type of investment is “non-recourse project financing” — funding secured for a project on the strength of anticipated income flows.

In 2010, wind continued to dominate new investment in large scale renewables, at $94.7 billion. However, when investments in small scale projects are added in solar is catching up, with $86 billion in 2010, up 52% on the previous year, the report found.

In developed economies there was a surge in small renewable energy projects; mainly rooftop solar panels.