Disruption and innovation are commonplace for the electric vehicle industry with the Battery as a Service (Baas), or battery swapping, showing signs of growing appeal, says Chris Tobey, global sales director at NETSOL Technologies Inc.

When consumers started adopting the subscription-based model, not very long ago, it changed the dynamics of owning a car. Following in the footsteps of other industries like the media, hotels, and food, consumers in the automotive industry expected an on-demand service, available at the click of a button. Thus, the Car-as-a-Service (CaaS) model started looking mainstream to a future where consumers could pay-per-use and pay-per-mile/hour/vehicle.

The idea of car-sharing also begun to receive attention and became popular because it could potentially reduce emissions. Nonetheless, given the dangers that climate change poses, the automotive sector needs to transition into an environmentally friendly future. One way of doing this is by exploring the electric vehicle (EV) market, which does not necessarily mean giving up on the car-sharing model. 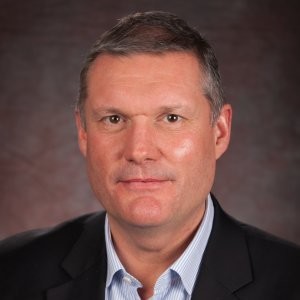 According to the US-based NRDC (the Natural Resources Defense Council), a non-profit international environmental advocacy group, people are switching to EVS in an attempt to reduce their carbon emissions. Furthermore, to aggressively reduce carbon emissions and offer a sustainable and affordable solution, people are willing to implement the car-sharing model in the EV market.

The transition from gasoline-powered vehicles to EVs has not been smooth, and there has been a lot of hesitation. The reason is simple – most people who are expected to purchase an EV already own a car or do not want to purchase EVs because they are not fully aware of the benefits and the costs. However, with the bans on gasoline-powered cars being imposed by the government, the switch to EVs seems to be an urgent need of consumers. The ban, thus, can prove to be a blessing in disguise.

People are interested in finding sustainable alternatives to gasoline-powered vehicles. The switch to EVs presents many options for the consumer, however, there have been many hindrances. This is because consumers are not well aware of the product. When EV sales took off consumers soon became aware of the limited charging stations and the hassle they had to go through to charge. This limitation brought many concerns for the consumer and people started switching back to petrol-powered vehicles. Research shows that one in five owners of an EV switched back to petrol-powered cars because of the charging inconvenience.

Despite the challenges, the demand for EVs led to a global high sales record in 2019 which saw a rise in EVs across the major automotive markets. The Covid-19 pandemic disrupted the economic progress of the world. The drop in car sales was knowingly greater than the drop observed in the financial crisis of 2007-2009. Despite the commotion, the outlook for EVs continued to be very positive. The global adoption of EVs has been fast-paced for many reasons. The main reason being the onset of connected cars, which have smart charging technologies, reduce emissions, save money and are super fun and practical. However, these are not the only innovations that are dominating the electric car industry. Many new innovations have completely changed the EV market and demand has risen exponentially.

The lockdown of 2020 impacted sales of EVs. However, the EV market saw resilience for many reasons. First, there was a lot of policy support from the government. In 2020, Europe was on the target list for reducing emissions standards. Incentives for EV purchases were doubled, battery costs declined, model and performance choices by OEMs were offered, implementation of new technology and excited buyers of electric cars gave a very promising future for EV sales.

The result was that the first four months of the year 2020 reached around 90 per cent more EV sales than the same time last year. Sales for electric cars surged to over 3 million and reached a market share of over 4 per cent which made 2020 record-breaking for EVs. There has been an increase in EV charging stations and hydrogen fuelling stations installations around the globe. According to year-2030 projections, the Asia Pacific will lead in demand for EVs. China is the world’s largest EV producer. The government there has taken initiatives to increase the sale of EVs, installed more charging stations and imposed regulations on emission-generating vehicles.

Since the price of petrol and diesel have increased tremendously, there has been a great demand for fuel-efficient vehicles. The only roadblock to greater EV sales is high manufacturing costs. The reason is that EVs are not yet mass-produced, and economies of scale are yet to be realised. There is unavailability of the infrastructure for EV market growth, and a lot of investment is required to help with the progression. The demand is there but governments need to play an active role to encourage mass production and help make the switch, from conventional vehicles to EVs, smooth and economical.

In 2013, Tesla introduced a battery swapping model and only after two years, abandoned the service. In 2018, NIO, a Chinese electric vehicle manufacturer, introduced its first battery-swapping station in China. There were many doubts raised for NIO testing out a service that had failed for the automotive giant, Tesla. However, since the launch, NIO has successfully swapped 2 million batteries, giving power to 400 million emission-free kilometres.

But what is battery swapping and why did Tesla fail? Battery swapping, also known as Battery-as-a-Service (BaaS), is the ability to swap the battery of the car for a 100 per cent fully charged battery. It can be used for whenever those extra miles on the road are needed. BaaS removes the hassle of standing on the charging stations for hours to fully charge the car battery.

The reason why Tesla failed the BaaS model is that when it tested it out, the EV market was comparatively new. Around 25,000 Teslas were on the road and the EV industry consisted of around 0.4 per cent of the total auto industry. When shutting down the service, Elon Musk, the founder and CEO of the company, said that the driving factor for discontinuing BaaS was the lack of consumer interest and the growing superchargers network.

NIO spread out several benefits for swapping batteries instead of waiting at charging stations for charging the vehicle. The biggest advantage that BaaS offers is the 3-5 minutes’ time required to get a fully charged battery compared with the 75 minutes of wait time to fully charge the vehicle via superchargers. With the BaaS model, consumers can purchase a car without a battery which decreases the price of the vehicle tremendously. Several other auto companies have been shifting towards the BaaS model.

With the advancement of technology and continuous innovation in the EV industry, it is safe to say that there are numerous new innovations lined up to be launched soon. However, whether battery swap stations will be a success in a few years or a failure, is yet to be seen. As for now, the BaaS model has attracted many new consumers and the graph for purchasing new EVs has shifted significantly.

The NETSOL blueprint: Artificial intelligence and the finance industry

The NETSOL blueprint: The future of mobility