Alfa Financial Software saw a 27% year-on-year drop in revenues in the first half of the year, to £32.9m (€36.5m), which the software company blamed on the delayed implementation of certain contracts.

The fall in revenues translated in a 39% drop in operating profits, which totalled £8.6m. The company also cited higher administrative expense as a result of its new status as a traded company.

As reasons for the business slowdown, Alfa cited one customer’s decision to pause software implementation in order to focus on internal IT upgrade, and another customer pushing back the final phase of implementation into 2019. Alfa had already published a profit warning in June over the delays.

The company said it had won a multi-year agreement to upgrade systems at a “leading retail bank to support a relaunch of its asset finance offering”. A spokesman for Alfa declined to disclose the name of the bank. 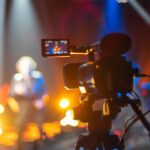 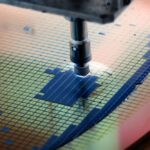 Andrew Denton, chief executive officer at Alfa, said: “We were very disappointed by the delays in contracts announced in early June. However, we remain confident in the long term prospects of Alfa.”

In a statement, the company added: “The pipeline for Alfa is healthy, both in terms of geographic and market segment mix, and in terms of number of opportunities. The total contract value of the pipeline opportunities is in line with this time last year and significantly ahead of where we were at this point in 2016.

“The sales process can often be lengthy for what are large, long-term, mission critical contracts. We approach the remainder of the year focused on conversion of these opportunities and we are confident in the long-term prospects for Alfa.”

For the future, the company reiterated its intention to transition to a “as a service” company.

“In line with other financial services companies, the asset finance sector is moving towards Platform as a Service,” the company said. “So the future of enterprise software will favour those able to deploy a platform that is able to solve a wide variety of business problems through specific deployments in combination with other services and technologies.