The worsening outbreak of Covid-19 over the first quarter of 2020 has had a significant and growing impact on international supply chains. Industry research company IBISWorld has put together an impact statement covering the remainder of 2019-20, and beyond.

Impact of Covid-19 on factoring in the UK 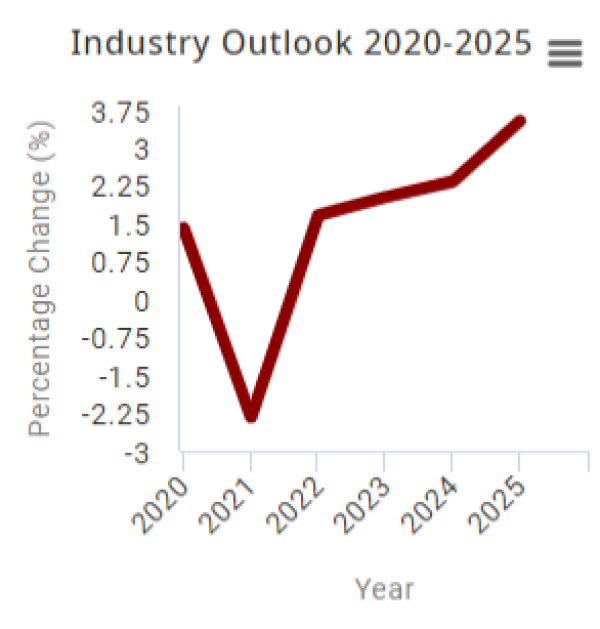 Over the five years through 2024-25, the industry is anticipated to grow at a slower rate than that of the past five-year period.

Revenue is forecast to rise at a compound annual rate of 1.4% to reach £3.3bn. At the start of the period, virtually every sector of the UK economy is expected to be subject to massive disruption.

As the world economy falls into recession, a slump in business confidence, falling industrial production and an anticipated drop in business profit across most UK industries will have an adverse effect on the factoring industry.

The ongoing uncertainty surrounding the UK future relationship with the European Union will add further negative pressure to an already struggling industry, while business confidence levels will likely remain depressed.

Over the medium term, however, contingent upon an economic rebound following a period of widespread global disruptions, an economic recovery is expected to follow.

Business confidence levels are likely to improve towards the end of the period, spurring business activity and stimulating demand.

Furthermore, once the terms of the trade relationship between the UK and the EU become clearer, EU exit-related uncertainty should dissipate and businesses will most likely be able to plan and make investment decisions with more confidence.

Access to credit is also anticipated to improve during the period and lending criteria are expected to ease marginally as the proportion of bad loans continues to fall.

However, strong competition from other financial institutions and alternative financing methods, coupled with a cautious approach from businesses taking on debt, could restrict revenue growth.

Enterprise and establishment numbers are expected to increase over the five years through 2024-25. Employment numbers are anticipated to rise at a compound annual rate of 1.2% over the same period.

Following a period of contraction in the short term, the industry is forecast to return to growth over the medium term.

While key industry drivers, such as business confidence and business activity levels, are expected to drop in the immediate future, these factors are forecast to improve over the medium term and propel the demand for short-term financing.

Although the severity of the economic disruptions caused by the coronavirus outbreak is unclear, what is apparent is that in the short-term at least, the number of businesses operating in the UK will drop significantly, causing a fall in industry revenue in 2020-21.

In the medium term, as the economy tentatively returns to growth, an improvement in levels of business profit may slowly start to reduce business closures and increase business formations.

This is partly due to the industry stabilising and loan losses and provisions continuing to fall. The nullification of a ban on invoice financing for SMEs is also expected to continue to boost demand over the next five years.

Spurred by a series of government initiatives, downstream demand is also expected to increase and manufacturing, construction and transport are anticipated to become increasingly important markets.

IBISWorld expects the weak pound to continue to drive demand for UK-produced goods and thereby support activity in the manufacturing sector.

Further, the government has committed to increasing its contribution to the UK economy and has already introduced a number of initiatives to this effect.

For example, in December 2016, the government released details of its £500bn National Infrastructure and Construction Pipeline, from which £138.3bn (28%) of funding has been allocated towards transport infrastructure such as the completion of High-Speed Rail, and £12.9bn (2.3%) is allocated towards maintenance and regeneration.

Similarly, in the Autumn 2017 Budget, the chancellor announced measures to continue to support housing and deliver 300,000 new homes by the mid-2020s, along with a £34m training fund to address skills shortages in bricklayer and plastering skills.

In addition, during the 2019 general election campaign, the Conservatives declared the intention to increase the Employment Allowance for small businesses and committed to give firms spending in innovation tax breaks on research and development projects.

If these plans are implemented, more than half a million small businesses could benefit, driving downstream activity and demand for industry services.

Private-sector debt in the UK is at record levels and is among the highest in the world relative to the size of the economy.

For this reason, there is limited scope for the industry to generate organic growth through lending to commercial enterprises over the coming five years. Businesses are also likely to be cautious when taking on debt, given the difficulties encountered during the financial crisis. Meanwhile, some firms are likely to attempt to reduce their reliance on loans and find other ways of resolving their liquidity and cash flow issues.

Alternative financing methods such as crowdfunding and peer-to-peer lending practices are expected to gain more momentum during the coming period and adversely influence demand.

In addition, ERP and EDI platforms are costly, which puts them out of reach for smaller operators. Increasing competition is anticipated to constrain both industry and profit growth over the next five-year period.

There are major risks in the UK economy that could impede the industry over the next five years.

Although the industry is currently forecast to grow, it could be affected by future shocks. Economic uncertainty arising from the EU referendum is expected to slow industry growth as business confidence and activity levels drag.

Uncertainty could increase further with the replacement of the Libor. The Libor is the rate or cost of borrowing between financial institutions.

It is determined annually by every contributor bank and regulated by the Financial Conduct Authority (FCA).

However, following a decade of manipulation and Libor fixing scandals, on 22 June 2017, the world’s 15 largest banks announced the replacement of the Libor with the Revised Broad Treasuries Financing Rate, which is based on live transactions and is likely to increase volatility in the cost of funding. The implementation timeline remains unclear.

In addition, there has been recent pressure on the government to impose regulations on asset-based lenders.

The Secured Transactions Law Reform Project has been working on proposals to modernise the current legal framework for secured transactions.

If tougher regulations are introduced in the coming period, particularly in light of Carillion over-extended credit facilities and the company’s ultimate collapse, it is likely to adversely influence the industry.

It could also stifle the innovation and development of novel solutions to common financing problems, such as the introduction of complementary foreign exchange services.