A variety of incentive programmes appear to have succeeded in maintaining growth in the Italian lease market despite economic concerns at home and abroad. Paul Golden reports.

The November 2019 report from the Italian National Institute of Statistics reports that in the third quarter, Italian GDP increased by just 0.1% over the previous quarter. Business confidence improved slightly although the confidence index in manufacturing weakened and this leading indicator continues to suggest that the economic activity will remain subdued in the coming months.

Managers’ Index (PMI) remained below the crucial 50.0 no-change thresholds for the thirteenth consecutive month and signalled the sharpest deterioration in business conditions since March.”

Output contracted at a faster rate amid a backdrop of weaker demand conditions from both domestic and export customers, whilst employment, purchasing activity and backlogs of work all continued to decline.

“Combined with a modest rise in output charges, there may be scope in the future for manufacturers to stimulate additional orders without eroding their profit margins,” says Virdee. “However, with the latest official data signalling a further decline of Italian manufacturing production, the recent downturn does not appear to be ending any time soon.”

Earlier this year the IMF reported that the Italian economy has been recovering modestly from the global financial and euro area sovereign debt crises. After growing by 1.6% in 2017 – the fastest rate of growth in nearly a decade – economic growth slowed in 2018. Growth is projected at 0.6% in 2019 and below 1% in 2020 and beyond.

The Italian leasing association Assilea reports that the leasing and long term rental market closed 2018 at €29.7 billion, an increase of 5.5% over the previous 12 month period with a 2.8% increase in the number of contracts signed.

Italy’s 2019 budget law refinanced the Nuova Sabatini measure to facilitate Italian SMEs’ access to credit for the purchase of new machinery, plant and equipment. The law makes a total of €480m of public funds available as follows:

Data from the European Automobile Manufacturer’s Association notes that new passenger car registrations in Italy fell by 3.5% in the first half of this year compared to the same period in 2018, although it also recorded a 4.8% increase in demand for new commercial vehicles.

“These incentives enable Italian firms to invest in high tech goods and have helped our business,” he explains. “Generally speaking, as customers are looking for a better experience and are less interested in ownership, rental solutions are more appreciated.”

When asked whether the government could do more to improve the environment for equipment leasing in Italy, he observes that fiscal incentives such as iperammortamento and superammortamento allow factories and companies to anticipate investments in the renewal of the assets and to be more competitive. This not only helps to sustain equipment leasing in Italy, but also supports the investment environment in general.

“My expectation for the next 12 months is that the market will remain stable,” says Nuvolin. “We had the benefit of the fiscal incentives last year and these contributions will remain in place in 2020 but, considering the global environment, we are not expecting any significant growth.” 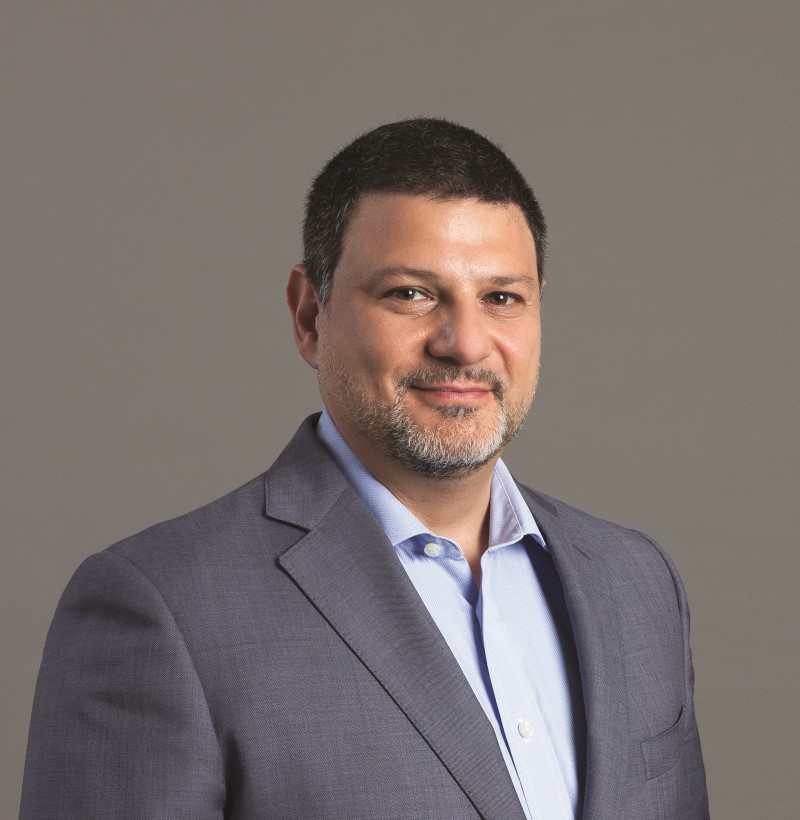 Aurelio Agnusdei, managing director of sales Italy at Grenke, agrees that the Industry 4.0 and Nuova Sabatini incentives have positively influenced financial leasing. “Equipment leasing, which is our core business in Italy, grew strongly last year despite of the lack of government benefits while shipping, railway and real estate leasing are in a decreasing trend,” he says.

He refers to a wait-and-see situation with small businesses postponing investment. “Obviously, there are macro factors which go beyond the Italian situation (such as Brexit and the international commercial disputes) and make the situation fluid,” he adds. “As a result, it is difficult to estimate the effects of the economic uncertainties we are facing.”

Agnusdei expects the economic situation to become more stable in 2020 and reckons there will be a positive trend in the leasing market.

After a few years of steady growth, at the end of the third quarter of this year, the leasing market registered a global decrease of 7.6% compared to last year with the equipment segment decreasing by 7% while the real estate segment decreased by 10% notes Philippe Desgeans, country manager Italy BNP Paribas Leasing Solutions. 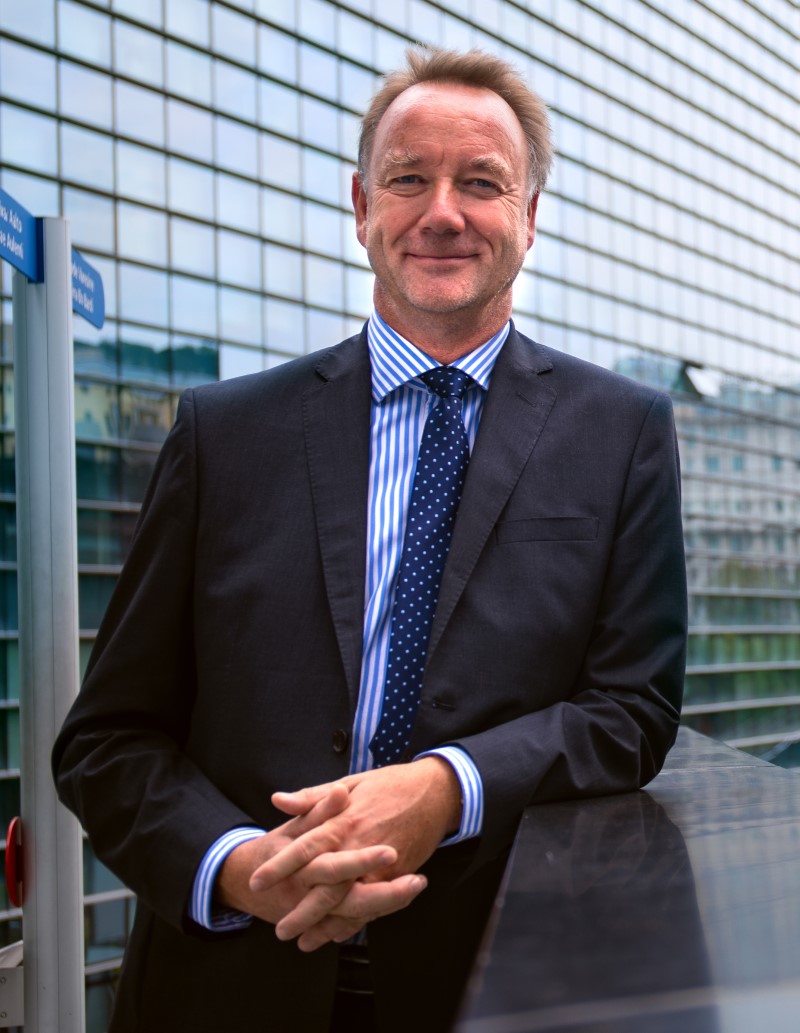 “As the leasing market is tightly linked to the health of the real economy, the main factor behind this contraction is the industrial slowdown throughout the Eurozone,” he adds. “The unstable political conditions in Italy also contributed to the decrease. However, despite this challenging market context, we are confident that we will be able to register another year of growth.”

Desgeans reckons it is too soon to say whether the government should be doing more to improve the environment for equipment leasing in Italy as the new budget law has only just been approved. “The good news is that the Sabatini measure (the incentive put in place by the ministry for economic development to facilitate access to credit and leasing) has been renewed,” he says. “Naturally, leasing is heavily dependent on fiscal incentives as they are sustaining the level of trust in industries and thus their investment level.”

BNP Paribas Group forecasts a stable economic environment and a slight increase in Italian GDP (+0.5%) for 2020. On the microeconomic side, the employment rate is slowly increasing as is the savings rate, while on the investments front it predicts a period of stability while waiting for tax incentives that remain a major lever for investments to increase significantly.

“However, according to a study conducted by Assilea, the market will pick up and see 4.3% growth in 2020 thanks to investment in the renewable energies sector and technological factors,” says Desgeans. “Because we have always been able to anticipate the growing importance of these two trends, we go into the new year with optimism and confidence.”

The other factors influencing the Italian leasing market during 2019 have been pressure on margins due to the abundant liquidity of the financial markets; strategic plans by operators aimed at cutting costs rather than pursuing actions to increase revenues; the inclusion of digital in business operations; the need to spread leasing over new businesses; and confirmation that the ideal target of leasing is the real economy.

That is the view of Carlo Mescieri, chief executive of SG Leasing and Fraer Leasing, who also says that due to the stagnant macroeconomic situation in Italy and the European and world economic slowdown due to geopolitical threats, companies have postponed fixed investments.

“The equipment segment of the market was again this year positively influenced by an aggressive tax incentive policy implemented to support investments in technology,” says Christian de Pastres, CEO SG Equipment Finance Italy. “This is probably one of the reasons why this market segment behaved better than the rest of the leasing market.”

He observes that Italian industrial SMEs have benefited from favourable tax policies but that there are more and more signals that they are suffering from weak GDP growth and in particular the German economic slowdown – especially those firms operating in the automotive industry.

“Other segments (real estate, automobile, train and aviation, energy) have decreased in volumes compared to last year, reflecting the downgraded economic conditions and environment, although it seems that the Assilea leasing figures are improving slightly since September 2019,” adds de Pastres.

“In the vendor leasing market segment we are lacking statistics, but the main actors are also obviously suffering from the general slowdown,” he continues. “Nevertheless, as usually happens in such ‘declining’ environments manufacturers are keen to support sales through more intensive finance initiatives and thus the vendor leasing business could behave in a countercyclical fashion.”

De Pastres refers to some vendor partners targeting customers with zero interest lease campaigns. He says SG Equipment Finance Italy has continued to support vendors and customers in the machinery sector with the tax incentivised programmes and has managed to maintain volumes. The medical segment was also very active this year thanks to its capacity to address both the private and public sectors.

“In areas such as construction and related sectors many public investments have been postponed due to political uncertainties locally,” adds de Pastres. “The German slowdown and international trade tensions between China and the US are also causing some worries among lease customers.”

He notes that Italy has not returned to the leasing volumes that existed before the global financial crisis and says the government should release infrastructure investments that have been on hold as well as providing political stability to support economic growth.

Mescieri acknowledges that Italy’s huge public debt has also negatively influenced public investment. “On the other hand, Italy is characterised by sizeable private savings,” he continues. “A typical expression is that ‘the monastery is poor but the friars are rich’.”

De Pastres is cautiously optimistic that the Italian leasing market will grow over the next 12 months.

“We hope the equipment segment will maintain some slight increase even if we don’t see important growth,” he says. “GDP is predicted to be flat, as is fixed investment by companies.”

Even if there is still a lack of visibility in this segment, SG Equipment Finance Italy remains confident regarding international vendor programmes.

“Thanks to our recent diversification in technology, industrial equipment and transport, some parts of the market will remain more active than others,” concludes de Pastres. “We also have many projects to promote and will develop new green and social financing programmes with our vendor partners as well as developing added-value products such as pay per use and operating lease in some selected areas.”