HSBC has become the last of three banks to exit the rolling stock leasing business with the sale of Eversholt Rail Group to a private equity consortium. 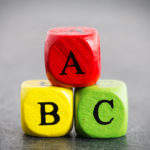 The three rolling stock companies (ROSCOs), formed after the privatisation of British Rail in the mid-1990s, lost their attraction for the banks which have re-focused on core operations since the financial crisis.

Tony Mallin, pictured, CEO of consortium member STAR Capital, and a former FLA and Leaseurope chairman, said that UK rail leasing would be enlivened by the acquisition.

“Eversholt is in the hands of a business like ours, which wants to invest capital. We are looking to expand, to invest in new trains and in the existing fleet to extend its life. We have capital available to invest, which will be good for the future value of the assets and for lessees.” HSBC raised £2.1bn (€2.5bn) for Eversholt, from a consortium formed of STAR Capital Partners, 3i Infrastructure and Morgan Stanley InfrastructurePartners.

The investors will take equal stakes in the business and are funding the acquisition through a combination of equity and debt.

Mallin claimed that banks may not have been best placed to operate train lessors in the first place.

“I have always thought it is not a sensible place for a business like this with operating leased assets to sit on a bank’s balance sheet,” he said.

Tammy Samuel, a partner in law firm SNR Denton’s transport and infrastructure division, agreed that the new owners were likely to be more proactive than the bankshad been.

She said: “The shrinking of business opportunities and the financial crisis meant that banks decided rolling stock was not going to be a core part of their business.

“They have gradually exited this market as it has become less attractive.

“New owners who want to grow the business will probably look to re-enter the new rolling stock procurement market, which could be an exciting development for thewhole market.”

Eversholt owns about 29% of British rail fleet, and derives its revenue primarily from long-term lease payments on the 19 rolling stock fleets it leases to seven train operating companies.

The new buyers also see the business as a good hedge against inflation.

“It has a great in-store base of equipment, which means we don’t have to buy new at inflated prices,” Mallin said.

“They are also a very stable, essential, strategic asset for society, and are highly likely to be in demand for an extremely long time.”

3i Infrastructure listed Eversholt’s strong market share, well-diversified market base and high-quality cash flows from leases contracted over the medium to long term as reasons behind the deal.

A spokesman for 3i said: “We are investing money, looking for a good return on income and also for capital growth over the medium to long term, and this assetoffers that.

“There is scope for refurbishment of some of the trains, given that the UK government is under budgetary constraints to be commissioning new ones. Wewould look for judicious investment.

“Whether that will be new rolling stock or refurbishment of the existing rolling stock is too early to say. But when you acquire assets like these you have tokeep investing.”

The Eversholt sale marks another change in the train leasing market, on the back of criticisms in the past few years that rolling stock companies (Roscos) were acting as an oligopoly to keep lease prices high.

In 2008, the UK Competition Commission introduced a package designed to stimulate competition in rolling stock leasing and to open up a wider range of leasingopportunities for train operators.

The decision to allow non-ROSCOs to enter the market opened the door for Barclays, Close Leasing and Lloyds TSB.

An anticipated new government strategy on rolling stock is expected to include details of an order for as many as 1,000 new rolling stock carriages.

“It will not be a big ban like Crossrail or Thameslink, but it could involve smaller fleets being bought, and enhancing current fleets – a potential cascadingof fleets around the network, which of course will all work for rolling stock companies,” said Samuel.

Mallin said: “We see ourselves in partnership with the politicians. “They want a good rail service with a good, modern fleet, and that is what we want as well.

“The government have more funding constraints now that they had in the past, and therefore we are looking to be their capital partners in providing the infrastructure that Britain needs.”