A £4bn mountain of debt threatens the future of conglomerate GFG Alliance, of which Wyelands Bank – a UK challenger bank – is a part.

Wyelands Bank withdrew from the asset finance space in July 2020.

Sources at GFG Alliance told the UK business press over the weekend that it would no longer make payments to Greensill Capital, its main source of funding,

Of GFG Alliance’s approximately £4bn in outstanding debts, more than £3bn is owed to Greensill, the Sunday Times reported.

The funding shortfall has fuelled suspicions that GFG Alliance may be on the brink of collapse, suggestions GFG Alliance rejects.

In a separate development, Wyelands Bank has been ordered by the Bank of England to close its deposit accounts and return depositors their funds in full.

These events cap a tumultuous 12 months for Sanjeev Gupta, the Cambridge-educated British chief executive behind GFG Alliance, commonly dubbed ‘Britain’s steel magnate’ for his interests in steelworks and banking.

Greensill Capital, an Australian-based supplier finance company that offers funds based on a company’s credit ratings, has a long association with Gupta’s GFG Alliance and was founded by Lex Greensill.

Greensill is backed by Japanese-owned SoftBank and is advised by former UK prime minister David Cameron.

Events at Greensill came to a head last week when its insurer refused to renew a $4.6bn contract and Credit Suisse froze $10bn of funds linked to the company. Private equity firm Apollo is in talks to buy parts of the business, the FT reported.

The decision by GFG Alliance to stop funding Greensill comes as the finance group prepares to file for insolvency in the UK.

In a statement, GFG said it had “adequate funding for its current needs” and that its “refinancing plans to broaden its capital base and obtain longer-term funding are progressing well,” the FT reported.

Wyelands Bank & the Bank of England

The decision by Wyelands Bank to return its customers their deposits was taken as “a result of regulatory requirements applied by the PRA [Prudential Regulation Authority] to Wyelands Bank and includes our full range of Fixed Term, Notice and Easy access accounts.

“The Bank will send a communication to depositors on 8 March giving further details and next steps. Depositors do not need to take any action at this stage,” Wyelands said in a statement.

Since being set up in 2013, this is believed to be the first time the BoE’s PRA has ordered a bank to return funds to depositors.

The Bank of England said that the PRA “has been engaging closely with Wyelands Bank. The firm has the resources it needs to repay all depositors in full and we have required it to operationalise an orderly repayment of its deposits.”

In a statement, GFG Alliance said: “After the disruption caused by both Brexit and Covid-19, Wyelands shareholder has recently capitalised the business with a cash injection of c.£75m. The result of this action is that Wyelands Bank is able to pay back its retail depositors in full as part of a plan it is agreeing with regulators.”

By April 2019 the bank recorded a £433m loan book funded by £726m in deposits from more than 15,000 savers, according to the lastest accounts with Companies House.

A spokesman for Wyelands Bank said the lender was in the process of completing its accounts for the year-to-end 30 April 2020.

Sanjeev Gupta started as a commodities trader while a student in Cambridge and moved into acquiring distressed metals factories which were incorporated into a privately owned Gupta Family Group Alliance, GFG Alliance.

In 2016 Gupta bought the bank through an irrevocable family trust, and while it operates independently of Gupta, via a governance structure, the bank “is part of the informal family of businesses that comprise GFG Alliance”, according to its latest financial statement. The bank was formally known as Tungsten Bank.

On the GFG website, the bank is described as “an independently owned and managed British bank focused on global trade.”

GFG Alliance manages global revenues of over US$20bn and employs more than 35,000 staff across 30 countries, according to the GFG Alliance website.

In February 2020, the Financial Times reported that Wyelands Bank was being investigated by the PRA about its lending practices, specifically that the bank’s lending was being used to finance GFG Alliance companies.

Under UK financial regulations, there is a 25% limit on how much a bank can lend of its core capital to related parties.

A spokesman for GFG Alliance told Leasing Life in February 2020: “Wyelands Bank was purchased and built on the explicit basis that it would do business with GFG Alliance, and that GFG would use its network to introduce new clients to the bank. That plan was made abundantly clear to customers, depositors, investors and to regulatory authorities. It was set out in Wyelands Bank’s regulated business plan and in its annual report.”

In July 2020, the FT reported that Wyelands Bank was facing significant losses after providing more than $100m in funding to a Dubai-based rice trader that had recently collapsed. Phoenix Commodities collapsed in April 2020 after accumulating $450m in losses on currency hedges it blamed on a rogue trader. 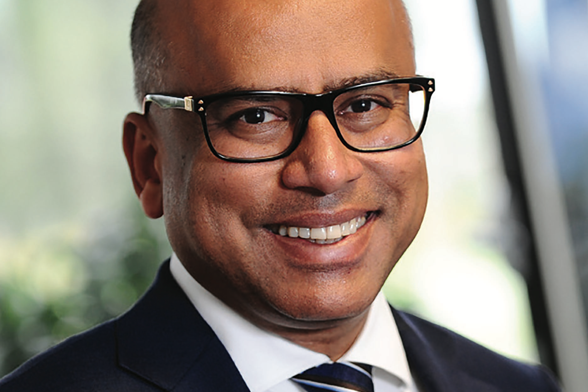